Nikki Gershbain, LLB 2000, spent the first half of 2019 crisscrossing the country. She visited all five of McCarthy Tétrault’s national offices and met with lawyers and staff in each one. Gershbain consulted experts and devoured scholarly research. And she took a hard look at the firm’s attempts to address a challenge that continues to vex the legal profession as a whole, and Big Law in particular. Last October, Gershbain left her long-time position as head of Pro Bono Students Canada (PBSC), founded and headquartered at U of T’s Faculty of Law, to become McCarthy Tétrault’s first senior director, inclusion and community engagement. Recently, she was promoted to chief inclusion officer—filling a brand new and full-time role at the firm, and a first of its kind among the big national names. “We had a national inclusion council for many years; we have programs in place to remove structural barriers. We’ve been a top diversity employer for seven years. This is another example of how we’re trying to take D+I [diversity and inclusion] to a new level within the Canadian legal profession.”

McCarthy Tétrault’s move to kick it up a notch by putting a senior executive in charge of diversity and inclusion, and creating an office with support staff and a dedicated budget, comes amid increasing pressure from clients and outspoken young lawyers. For years, the firm had a senior partner act as its chief diversity officer, with gender equality as the central concern. But when some racialized and underrepresented junior attorneys at other firms in Toronto began to publicly share their workplace experiences, they cast an unflattering spotlight on a Big Law reality that wasn’t openly discussed. “We had been talking about diversity and inclusion before this, but I think it amped up the focus,” said CEO Dave Leonard. “It was part of the education process that helped us advance our thinking.”

As part of that process, the firm’s senior leadership reached into the ranks, looking for feedback from their own employees. They set up a task force which included Atrisha Lewis, JD 2012, one of the firm’s promising young associates. “When I raised issues it wasn’t met with resistance,” she remembered. “It was met with, ‘Of course we need to focus on that. We can and should do better.’”

It didn’t take long for Leonard to conclude that having a partner oversee D&I initiatives part-time was not a useful approach. “We also started to look beyond just gender diversity,” he said. “We started to look at people of colour, at LGBTQ2S folks. We were learning more about the concept of inclusion. If we wanted to move the needle, having a partner do it as the second or third most important thing on their to-do list wasn’t going to move things forward as quickly as we wanted.” 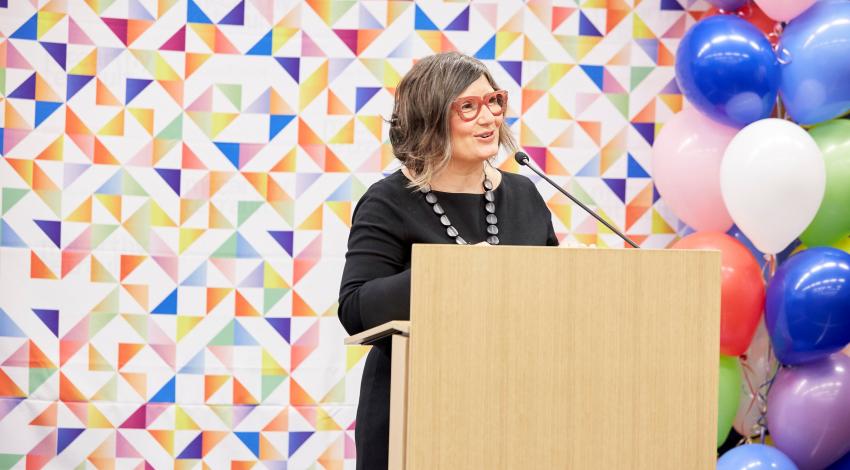 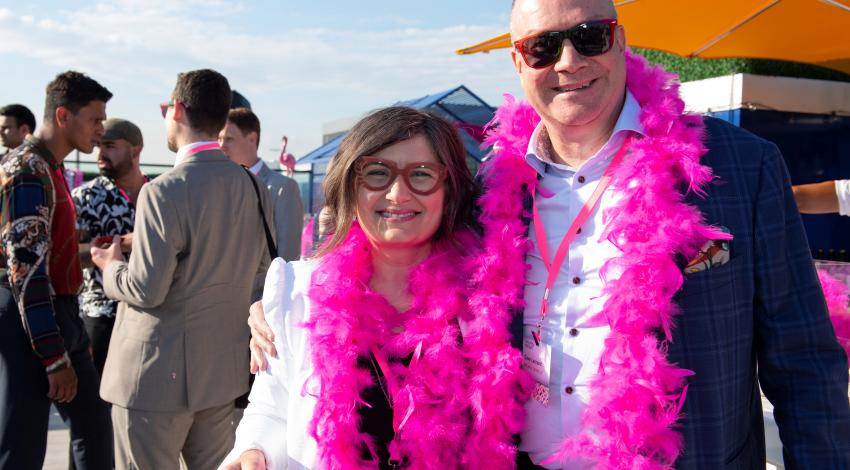 McCarthy Tétrault knew Gershbain well from its involvement with PBSC. With her deep background and experience in the non-profit world, working with underserved and marginalized communities, she seemed ideal for the role Leonard and his colleagues envisioned. “Nikki doesn’t just simply do the work; that’s who she is and what she does,” said John Brown, LLB 1981, one of the firm’s partners who identifies as Indigenous. “We’ve all been working on this for a number of years, quietly and organically, and it was time to dedicate someone fulltime to ensure we do it right.”

Brown, who is Stó:lō on his father’s side, became increasingly involved with Indigenous people and causes after he learned about his own heritage some 20 years ago. Since then, he’s connected with his family in BC’s Fraser River Valley and has also represented some of them in the Residential Schools Class Action Settlement, and in a fishing rights trial. In Toronto, he volunteers at a variety of pro bono organizations that serve Indigenous communities, including Aboriginal Legal Services where he is a member of the Giiwedin Anang Council. The council  provides an alternative dispute resolution program for mediating child welfare, custody and access disputes using traditional teachings and Healing Circles. A key objective is to ensure the children’s relationships with their culture, traditions and history is respected, protected and maintained. Brown has hosted training sessions for the council at the firm’s Bay Street offices. “You have to have a room where they can take all the tables out, put in chairs, and you should be able to see the water,” he said. “We smudge and we open the circle with traditional drumming and singing.”

Support from colleagues was so encouraging, that last year, Brown decided to take things a step further. The firm’s two Indigenous articling and summer students suggested a special open house might attract more recruits. Brown and other partners and administrators took part.  “We had a Talking Circle,” he said. “We smudged and we used a talking stick to introduce ourselves around the circle. We had the first one before Nikki got here and it was a great success. So now we’re going to do it every year.”

That effort, and others aimed at recruiting, welcoming and retaining underrepresented communities, proved to Gershbain that she would be “pushing through an open door,” when she agreed to leave PBSC and join McCarthy Tétrault. “People are genuinely happy to have me on board,” she said. “Even folks you might not immediately assume would have an interest in diversity and inclusion issues have made a point of letting me know how important they think this work is.”

“She was always very passionate about diversity and inclusion and I knew she would bring a commitment and drive and vision to really push us to the next level,” said Bryn Gray, JD 2007, one of the firm’s openly gay partners and a champion of LGBTQ2S representation in the legal profession. Added Gray, who has known Gershbain for years: “I’m excited about the strategy she’s developed.”

Indeed, coming up on one year on the job, Gershbain has mapped out an ambitious four-year plan for her initiative, aptly called Inclusion Now. Based on what she has identified as four key pillars—leadership, talent, culture and community—Gershbain believes McCarthy Tétrault will chart a ground-breaking path not only for itself, but for its fellow Bay Street occupants as well. “We feel that a focus on diversity and inclusion is no longer just nice to have. It’s a must-have,” she said. “At McCarthy’s we’re going to see a more deeply engaged leadership. We hope to build a highly inclusive culture and as a result a much more diverse workplace.”

Gershbain is taking a multi-pronged approach. Every senior leader at McCarthy Tétrault has already participated in a full day training on how to recognize unconscious bias and manifest inclusive leadership. In 2020, unconscious bias training will be rolled out firm-wide. Gershbain was deliberate about making sure that the leadership went first. “Without buy-in from the top of the house, the best D+I programs will fail”. The training will bolster a retention initiative that was already underway before she arrived, aimed at making the work allocation process fairer by putting it in the hands of a practice group’s senior partner and using an objective set of criteria in delegating assignments.  “The research shows that implicit bias is one of the main reasons diverse people leave,” Gershbain said. “We tend to promote people who are like us.”

To promote inclusion, Gershbain hopes to build on existing programs and roll out new ones. In January, the firm held its first Inclusion Now awards to recognize lawyers and staff involved in diversity and inclusion initiatives. An accompanying social media campaign drew 320,000 impressions in a week, an “off the charts” response, she says. Big gestures like that, along with smaller but meaningful ones, like all-gender bathrooms or recognizing a group’s cultural or religious rituals are what she sees as the patchwork that will pave the road to success. “We need to work on creating a culture where we’re celebrating our differences and making everyone feel as though they can be themselves in the workplace.”

Gershbain’s fourth pillar—community—is anchored in a $5 million commitment to the United Way over five years. McCarthy Tétrault will direct the funds to programs that support women, Indigenous people, newcomers, LGBTQ2S communities and people with disabilities, in addition to providing those agencies with pro bono legal services. “We know that poverty is exacerbated by other social barriers. Our goal is to really focus and deepen our gift, and ensure it resonates with our people internally,” she said.

And according to the CEO, Dave Leonard, it’s had an effect after just the first year. “We have great students telling us they are choosing our firm because of our inclusion initiatives, including our partnership we’ve taken with the United Way,” he said. “Inclusion Now is a differentiator for us in recruiting students, and it’s certainly a differentiator when we’re doing lateral recruiting with partners from our competitors.”

It’s also impressing the firm’s clients, who’ve been steadily increasing the pressure and whose continued support is obviously crucial. “They’re the ones that have the broadest scope to push for wider systemic changes,” said Atrisha Lewis, who was recently elected as one of the youngest Benchers in the history of the Law Society of Ontario. “Because if they demand things, firms will do it.” Lewis won on a platform supporting the Statement of Principles, even as a slate advocating its repeal took the majority, and has now succeeded in repealing the requirement. The results confirmed to her and others that the profession still has a long way to go.

But by hiring Gershbain and investing deeply with time and money in the community and in pro bono work, McCarthy Tétrault is doing what it can to “move the needle,” as Leonard said. “I hope I can say that in my tenure here our firm will more closely reflect the makeup of Canadian society. I certainly think we will be closer to this goal when I leave. For a lawyer starting their career today, I’m confident we’ll be much further along by the time they retire. I think we have to be, or else we simply won’t have succeeded in prioritizing these values.” 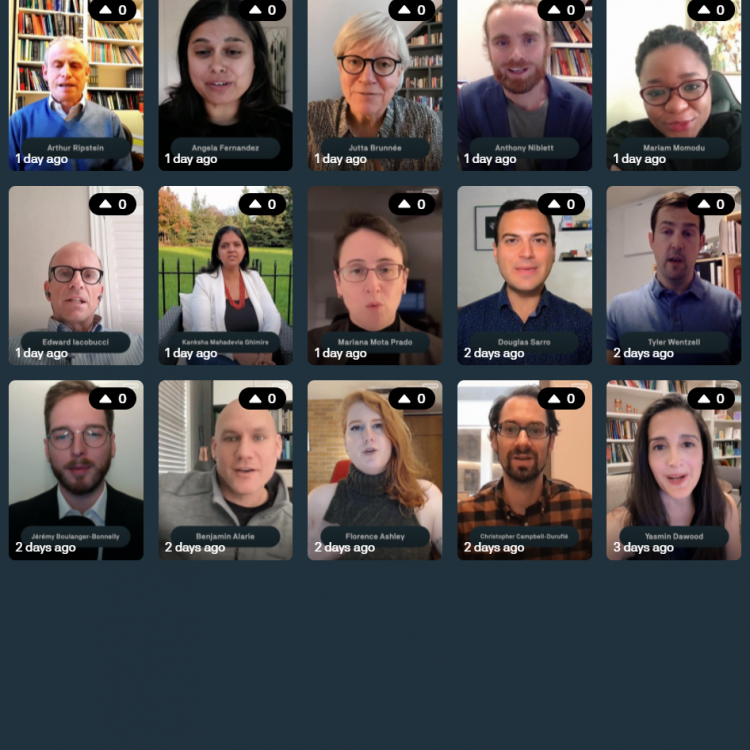 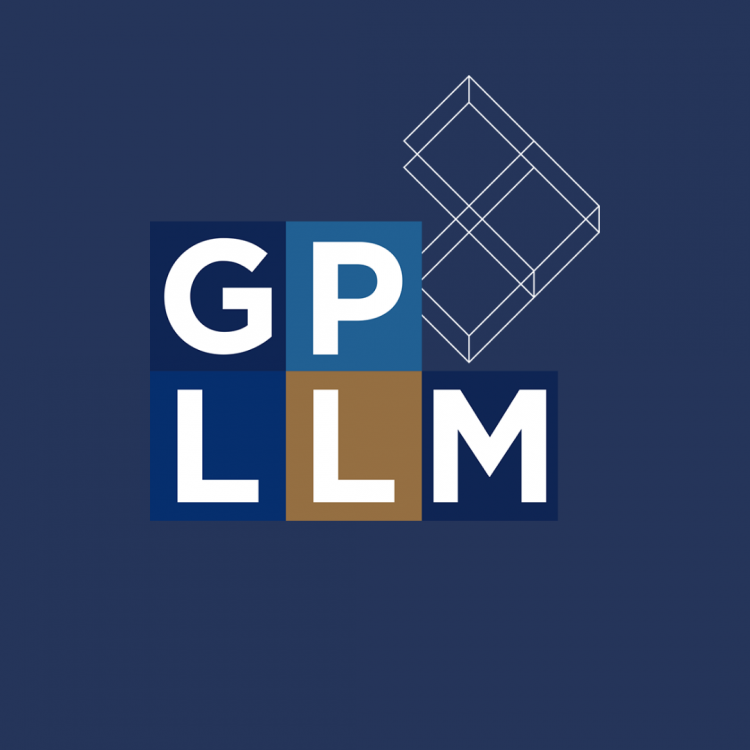 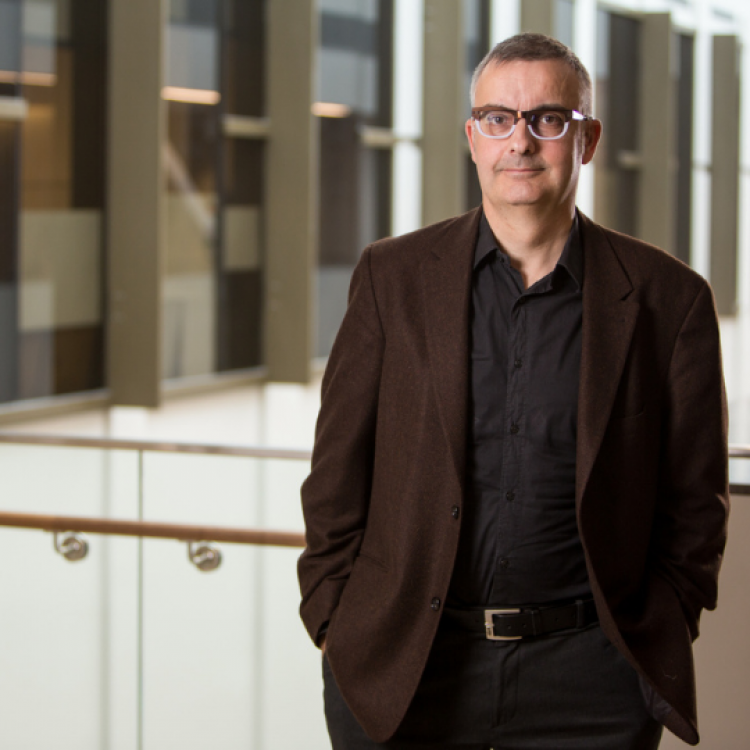 Why health law is more relevant than ever