On lessons learned after a firm implosion, building a Boston alumni group – and looking out for the curve balls in life

LC:  Where are you from originally?

JP:  I grew up in Regina, Saskatchewan. It was a great place to grow up, but my parents were retiring to the West coast when I graduated, so there was not a family reason to return to Saskatchewan. It was, in some ways, a gift where you don't have the calling to go back to where you grew up. It opens up a lot of opportunities.

LC: Did you know what type of law you wanted to practice when you started law school?

JP: I knew I was interested in corporations and commercial work. I'd always been curious about how companies worked and sometimes why they didn't.

LC: Did your interests change during law school?

JP:  One of the incredible things about the U of T Faculty of Law is it opens your eyes to so many different areas. Part of that definitely comes from the professors who have incredible experience, but also the classmates. They represent a range of backgrounds and that influences how you think about different opportunities and what you see as possible out in the world.

Law school was a great experience. Being involved in things outside of just pure academics is what made the experience so special and created the alumni connections we have now. It's that bond that you get when everyone's going through a transformative experience, and learning how to think critically and pondering what to do professionally. It’s cemented through out-of-classroom activities, and something I strongly encourage folks to do.

JP: That's a good question. Many great memories, but my small group class in first year stands out! I had Professor Macklem for constitutional law and I remember thinking how smart everyone else was in the classroom on that classic day one when you go around the table and introduce yourself and tell what your background is. I felt so boring and plain having done four years of undergrad at Queen’s University, while my classmates included a Rhodes Scholar and several who had done master's degrees at different schools in the US – all of whom were incredibly polished and articulate. And then there was me. The conversations that we had during that year were eye-opening on the profound influence the courts have on how society operates, and taught me to appreciate better the different perspective each person brings to a conversation. I loved it.

LC: Where did you start your career after graduating from U of T?

JP: In Boston at Testa, Hurwitz & Thibeault, a venture capital and private equity firm that successfully imploded in 2005. It was actually quite the experience to go through as a then seventh-year associate. I had thought I was going to be one of those last people who only had one employer. But in hindsight, it actually was one of the best things that ever happened to me. it taught me that I would be fine no matter what, and that's a powerful lesson to learn early in your career. I chose to go with my colleagues whom I trusted the most, and that has just been such a gift. It's just a good way to make decisions. At the end of the day, you go with people who you know and trust, and the rest works itself out.

LC: What are some of the highlights of your career?

JP: Joining Choate in 2005. It comes from such a disastrous moment of my law firm dissolving. I've been lucky since coming here, and have the opportunity to work with a wide range of companies, from large, publicly-listed companies to small, growth-oriented venture capital and private-equity backed companies.

LC: What do you love most about your job?

JP: It's always unpredictable. You never know what you're going to get on a given day. I'm a transactional lawyer who works with a range of technology and health services companies, primarily on mergers and acquisitions, and financing events. And within that, there's a wide range from large, publicly-listed to growth-oriented, private-equity and venture-backed companies. The result of it is you're always learning something new about a given industry and about people. It's that ever-changing landscape that's terrific by far.

LC: What keeps you up at night?

JP: It varies so much – from the immediate issues of the day from the transactions at hand, to larger issues of client management, client development, and talent development. Talent development is such a big part of my job – we are always thinking about it – from basic skill development to broader career path, and how to enable opportunities and mentorship that each of us has benefited from.

LC: There’s a real focus on the inclusion part of diversity these days, and there are lots of discussions going on in the profession. Are these conversations happening at your firm as well?

JP:  Definitely – having diversity alone is not enough if the diverse lawyers are not viewed as key decision makers. At Choate, we benefited from having the former chief justice of Massachusetts, Chief Justice Marshall – who ruled in favour of same-sex marriage – rejoin our firm when she retired from the bench. The Chief put it well years ago when she said, "There's no one global solution for how to approach diversity or inclusion. It's all about the individual." I think that’s so right – it's a one-by-one process. I'm often asked by young associates, or summer law students who are interviewing, "What does it take to be successful," and I don't think there's one mold. It's just being comfortable with yourself, the good and the bad, knowing your own faults, and being able to work within that.

LC: Do you have younger generations looking up to you as a role model and seeking mentorship and advice?

JP: That is part of getting older! The cohort graduating from law school today is used to continuous feedback, and that has resulted in an ever-increasing focus on mentorship.  My experience is that this has both a formal and informal component.  For me, the most valuable guidance I have received – and now hopefully provide – comes from in the moment feedback while working together on a common project where the impact can be directly seen.

LC: Do you have role models?

JP: I've been lucky to have many role models. I don't think anyone could – or would – still be at a law firm if people hadn't taken them under their wing in a serious way and given them constructive feedback along the way.

One of my biggest role models was a gentleman named Bill Asher, who just retired from Choate last year. Bill was my callback interviewer to Testa in 1996. So, we've known each other a lifetime. He's just been so good to me over the years with providing positive, and constructive, feedback – which is what's needed. It can't be, "All things are good." There needs to be that, "Here's how you can be even better." And learning how to have that conversation – that's invaluable.

JP: Proudly so! A funny story on that end – I am openly gay, and began my speech at work upon making equity partner as thanking the firm for being its first openly ... Canadian equity partner! So, I am definitely thought of as Canadian at work.

That aside, I think Americans look at Canada favourably. They view it as a country of educated, smart and normal people. I'll leave out a commentary on the American political system, but when we look at what goes on in Canada, it sure stacks up favourably.

Here’s the interesting thing: when I was in Vancouver recently at a private equity conference, there was a panel of Canadians who were talking about Canada in the context of the global investing environment, and how Canada wasn't viewed as favourably. That is absolutely wrong. That just isn't my experience from both companies and private equity clients that I work with. They view Canada as a very attractive place to invest, operate and grow companies.

LC: Where do you see yourself in five or 10 years' time?

JP:  Not to jinx it, but I very much plan to be in Boston at Choate. But I know my experience will continue to change and develop during that time – from new clients, to new colleagues, to existing associates developing into partners.

LC: How do you stay connected to the Faculty of Law?

JP: First, I’m part of the group from my class that helps to plan the reunion every five years.  It’s a nice tie back both to classmates on a broader level than I might reach out to in just day-to-day conversation, and also to the faculty as well. The second, and more recent way, has been through helping to build the Boston Alumni group. There's a good group of us here in Boston. However, it hadn't been cultured or developed actively for a long period of time. In recent years, the Faculty, through both former Dean Mayo Moran and Dean Ed Iacobucci, has done a nice job of coming back down and starting to develop the Boston Alumni group. Alumni are curious about what is the state of the law school now. And, of course, it's incredibly positive. Once that awareness is developed, there's also a financial element to it, to give back to the law school, whether that's money or time. Either is great, but just do something. I think everyone at U of T is so lucky to go to a great academic institution that just opens up doors.

JP:     Congratulations! That's an amazing accomplishment. Be thankful for your experience – many people would kill to have it. In terms of go-forward advice, be ready for the curve balls – they will definitely come.  Take charge of your own experience and create the opportunities that you're looking for, because they're there; you just need to seek them out and own that process. 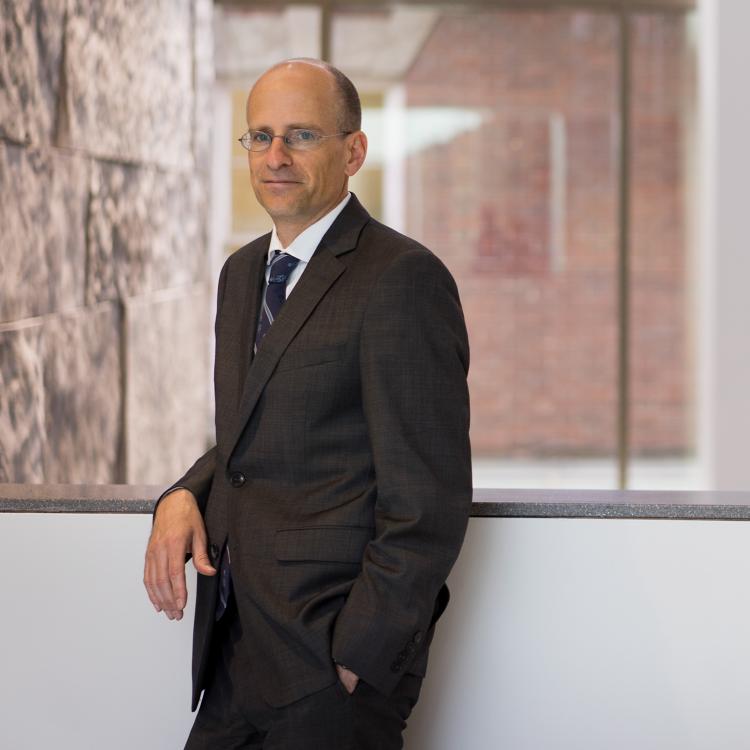 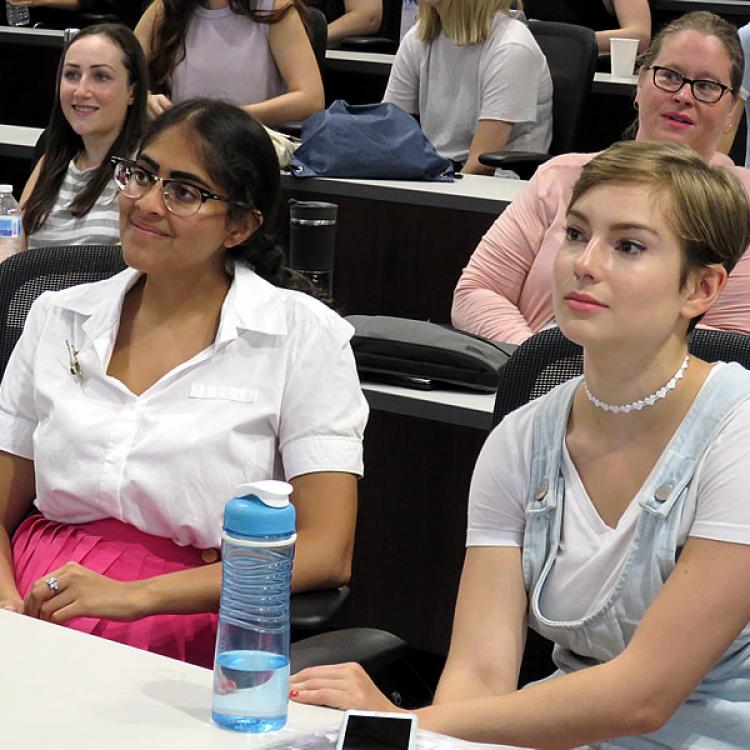 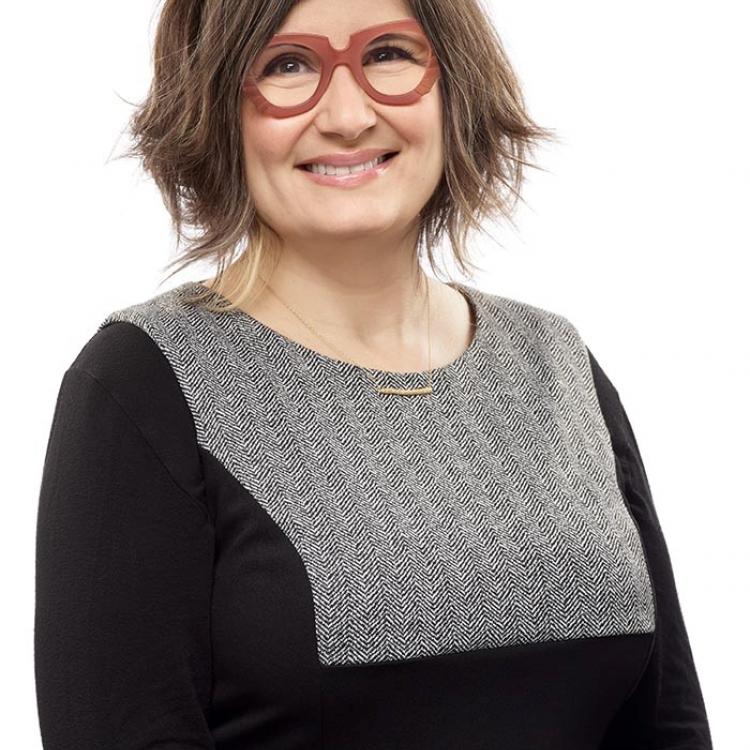